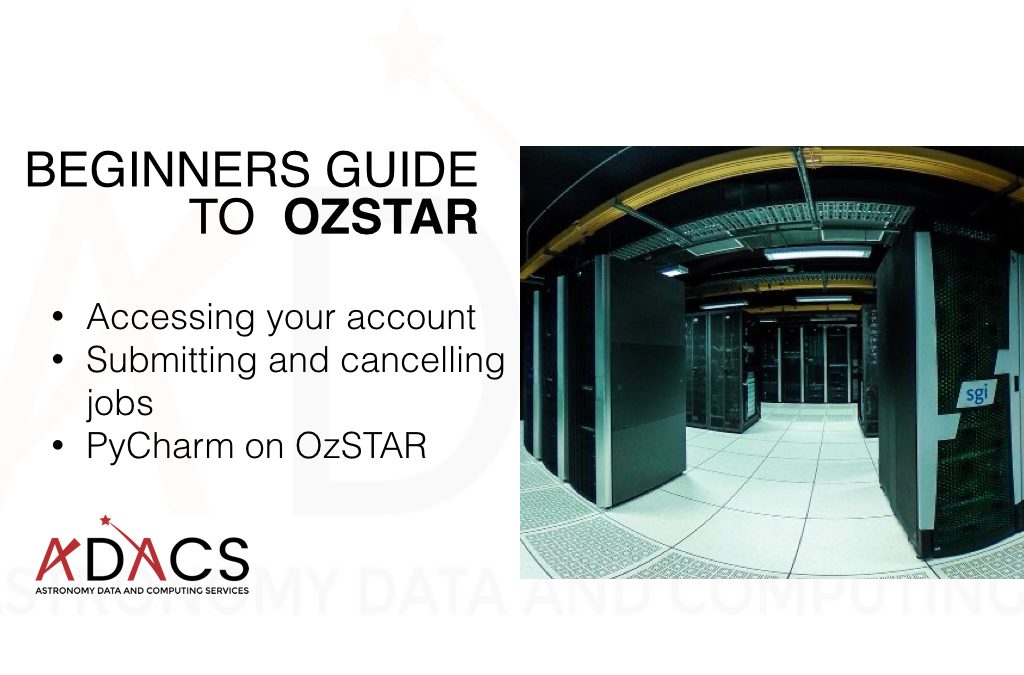 Writing and Submitting a Job on OzStar

Submitting a job on OzSTAR is a two step process:

1) First you have to request resources from OzSTAR. This will normally include the amount of memory you need, the number of CPUs you want to use and how long you expect to be using the resources. This step is called a ‘‘resource request”. An example resource request using english could be:

“I want to use 200 MB of memory on 1 CPU core for 2 hours”.
2) The second step is where you say what you want these resources to be doing. This includes specifying what software is needed, which scripts you want to run, and how to execute them. This step is called the ‘job step’. An example job step could be:
“I want to load python and then execute a python script”.
Luckily, you can do both of these steps at the same time using a “submission script”.

There are four main components to a submission script: The Shebang, #SBATCH, Loading Modules and The Job Step.

The first component is the very first line: #!/bin/bash. This line has many names including: ‘shebang’, ‘shabang’, ‘hashbang’, ‘pound-bang’, ‘hash-pling’ and probably lots of other ridiculous sounding names. This line serves the purpose of defining which ‘interpreter’ to use when executing the script.

In this case we are effectively saying: “This is a bash (Bourne-Again Shell) script, so execute this script with a bash shell”.

The second component is where you request resources and it includes all the lines that start with #SBATCH. Any line in your submission script that begins with #SBATCH is understood by Slurm to be a resource request or an additional option related to the job.

Notice the # in front. This can be easy to forget but is important.

There are lots of additional options that you include here, for instance you can include the option to have SLURM send you an email when your job starts and ends.

You can see a complete list of parameters using man sbatch. I have also listed more examples of options that may be useful at the end of this tutorial.

A good rule of thumb is: The more resources you request, the longer it will take for your job to start.

This means that asking for way more time and RAM than you actually need is not a good idea. Unfortunately, this tutorial can not tell you how much resources your job will require. You will have have to determine that for yourself. If you are using python, you can look into using packages such as memory_profiler and line_profiler to help estimate the memory usage and timing of a script.

The third component is where you load all the modules that are necessary to run your script. OzSTAR uses modules to manage the software it has installed. If you want to use a module you first have to load it. To load a module use the following command: module load <module_name>/<software_version>. You can search for modules using module spider <module_name>. We will be executing a python script using the example submission script, hence we have to load the modules for anaconda and the Conda environment that all the packages are install in.

Loading modules is not necessary if they are already loaded in your session. You can load modules in the .bashrc file in your home directory the same way you would load them in a bash script. If you load modules in your .bashrc those modules will automatically get loaded into your environment every time you log into Ozstar. This means you only have to write load module anaconda3/5.0.1 once in your .bashrc and then forget about it.

In this case, after the first job step is completed the second job step (example_python_job2.py) will begin. In your resource request you will have to allow for the time and memory requirements for all of the job steps.

After you have finished writing a submission script, you can submit it to Slurm with the sbatch command.

If the job is successfully submitted, it will respond with the jobid that was assigned to the job. In this example the jobid is 99999999.

You can also submit a job to the queue from within a submission script. This can be useful for automating a pipeline of scripts that need to be completed in a sequence.

You can find more documentaion related to the sbatch command on the official Slurm website here. 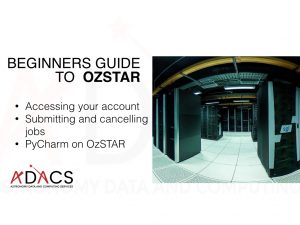 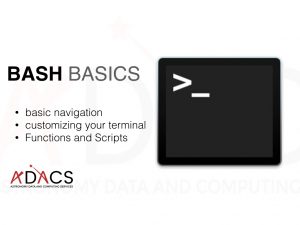