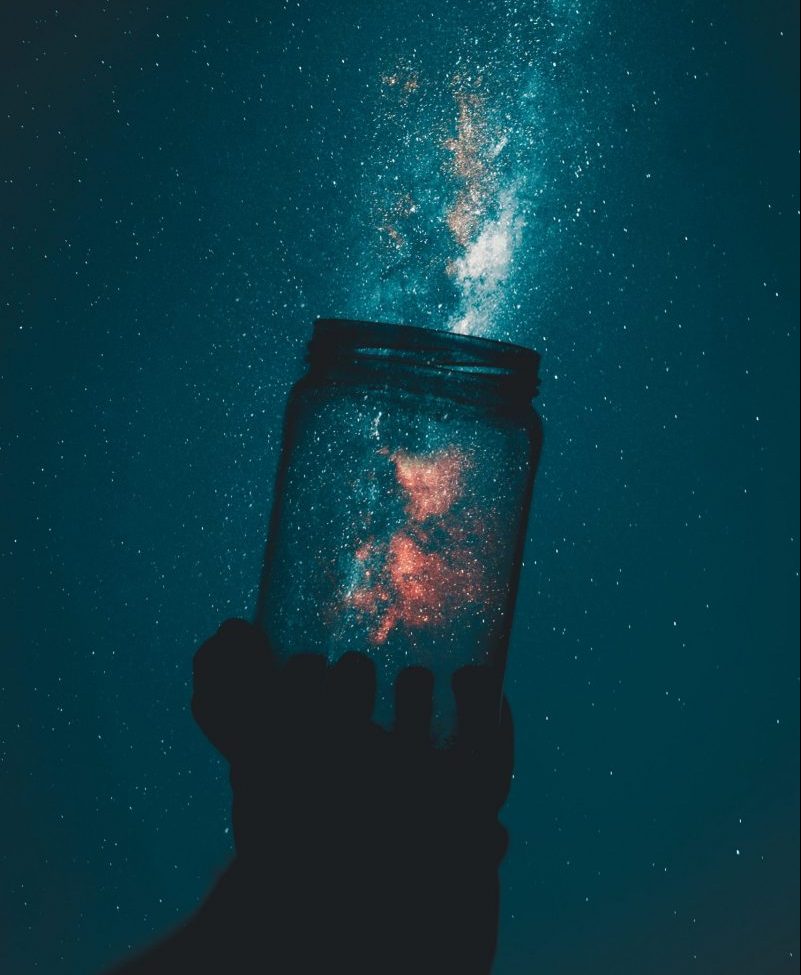 We are bombarded by countless high energy particles from space, known as Cosmic Rays, originating in exploding stars or feeding black holes, and when they strike our atmosphere they cause a shower of charged particles that we can detect using smartphone camera. This means most people on Earth own a cosmic ray detector, which led to the beguilingly simple idea for the global project CREDO; to correlate the detections of cosmic rays by citizen scientists all over the world. The higher energy the event, the rarer, but also the more scientifically exciting – meaning if enough people join CREDO we can surpass all previous experiments and detect the very highest energy cosmic rays – potentially caused by the self-annihilation of dark matter near the Suns magnetic field which then strikes the Earth. So not only does CREDO unify a world in science, it also allows the public to investigate one of the biggest mysteries of the universe the nature of dark matter itself.

A user need only cover the camera and leave their smartphone on charge with the CREDO app open to begin the hunt, as repeated images are taken and any streaks across these otherwise featureless black images betray the presence of a cosmic ray strike. A supercomputer in Poland then correlates the automated submissions of these images from smartphones, with over 3.28m events analysed already from 11570 users worldwide, including 64 (mostly schools) in Australia which is a promising start as Australia only formally joined CREDO in September. CREDO is essentially an open source community of volunteers amongst the 25 institutions who form the global experiment.

To ensure more of the public and schools/universities can join CREDO we need to make an app that is useable across all smartphones, as well as the web ultimately, and this is why we request ADCAS support in porting the existing Android version of CREDO to Flutter and allow native compiled versions for all possible future uses from a single codebase. It will ensure that all those participating in CREDO are learning a highly valuable industry skill and ensure easier support into the future for this global citizen science project. Creating a substantially more useful and used experimental tool, as well as significant media interest for CREDO and ADACS, for such a global undertaking as Australia leads the way in making this global project join in more of the worlds citizen scientists.