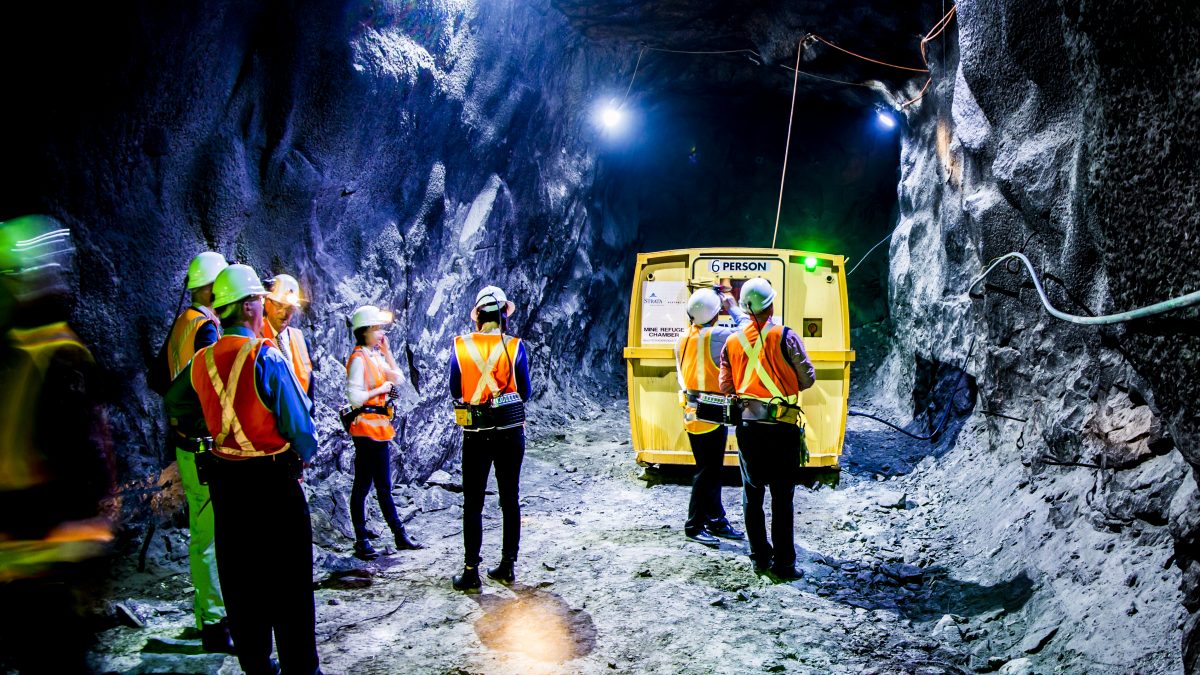 Ellert van der Velden undertook an internship with ADACS for six months from March to August 2021. He describes his experience:

This internship at ADACS was on a pre-determined project: working on the muon simulations of the Stawell Gold Mine (SGM) dark matter detection project in Victoria. This called for a library called PUMAS – a highly efficient muon transport engine – to be made more user friendly. To that end, I wrote two libraries that do exactly that: A library called “Rubik’s Cube” that can take regular grids of geography models and efficiently search through them; and one called “PUMAS Cube” which interfaces PUMAS with Rubik’s Cube. The latter library handles all the input and output management for both libraries and exposes a user friendly Python interface to its internal C code.

Using these new libraries, we used models of SGM to simulate the detected flux of muons at a detector about 1 km deep into the mine. This allowed us to map out what the expected detector response would be when the actual detector will be put down there, which will be used for dark matter detection. Several different models of the mine have been used in the simulations to see what features, like tunnels; stopes; different rock types; etc., have on the expected detected flux. This then allowed us to inform the mine itself on what information we still require to make the experiment as accurate as possible.

Of course, due to the pandemic most of this internship was done remotely. There were instances where there was no longer a lockdown for a little while and I could actually talk face-to-face to others, but it was not that common sadly. Despite that, I feel like progress was made quite steadily in the project with two-week sprints and everybody in the project was very enthusiastic and motivated. There were some hiccups here and there due to data not being available for example, but those were solved quite easily every time. It was also rather interesting to work in a team that did not solely consist of programmers, as we needed models of SGM for this project. It made me appreciate the amounts of effort that go into geology/geography a lot more.

I personally really enjoyed doing this internship and learned quite a lot from it. During a PhD, you usually just do whatever you want to do really (and sometimes listen to what your supervisor has to say), whereas here you actually actively discuss with each other what the progress is that is to be made. In some ways, it actually makes work significantly easier, as the work is chopped up into much smaller, more manageable chunks. It took me a little while to get used to working in a team and discussing ideas back and forth, but after I got used to it, I realized that I really like working in an environment like this. The people at ADACS were also very welcoming and friendly, which was highly appreciated. If it weren’t for ADACS being in Australia, I would have really loved to stay here. Now however, I am taking all this experience with me back to my home country and use it there to further develop myself.

This internship was funded directly from research funds provided by the project sponsor to work on a specific project with the benefit of that project operating within the ADACS framework. This is a model that could be employed by other researchers. Please contact ADACS if interested